People who set up trusts for children, grand­children and other family members have a greater ability to limit the beneficiaries’ right to challenge trustees’ decisions in court, as a result of a new U.S. Tax Court decision. 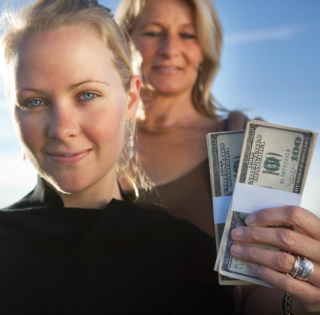 Here’s the background: You may know that you can give up to $14,000 a year to any person without incurring the federal gift tax. But that rule generally doesn’t apply if you put the money in a trust for the person, because you’re not giving them the money directly – in legal terms, the person doesn’t have a “present interest” in the funds. So any such gift is potentially taxable.

So, how can you avoid this problem and put up to $14,000 a year into a trust without paying gift tax? A common solution is to put the money into a trust, but give the person 30 days in which he or she can withdraw the funds. Typically, beneficiaries won’t actually withdraw the money, because they’ll be afraid that if they do, no further contributions will be coming. But the 30-day window means the person has a “present interest” in the funds, and so you qualify to avoid the gift tax. (A trust set up this way is often called a “Crummey trust,” after D. Clifford Crummey, a Methodist minis­ter who pioneered the idea back in the 1960s.)

The new case involved Erna and Israel Mikel, a New York couple who over time transferred more than $3 million to a Crummey trust to benefit some 60 relatives. The trust documents said the beneficiaries could withdraw the money within 30 days (which no one did). The documents also gave detailed instructions for how and when the trustee could distribute funds to the beneficiaries over time, such as to help them pay for a wedding, buy a house, or get started in a profession.

Apparently the Mikels were concerned to prevent squabbles and lawsuits within the family, because they added a clause saying that if any beneficiary were to go to court to challenge a trustee’s decision, that ben­eficiary would be cut off and could get nothing further from the trust.

That’s when the IRS pounced. According to the IRS, this “don’t-go-to-court” provision invalidated the whole plan, because it meant the beneficiaries didn’t really have a “present interest” in the funds. If they de­manded their money within 30 days, and the trustees said no, the beneficiaries would be out of luck because they couldn’t file a lawsuit, according to the IRS.

But the Tax Court sided with the Mikels. It said the “don’t-go-to-court” provision didn’t apply to a request to withdraw the money within 30 days; it applied only to future decisions by the trustees over whether to pay for a wedding, a house, tuition, etc.

The ruling is good news if you want to create a trust for your family, but also make it less likely that your family members will later fight among themselves. However, you still need to be careful. While the federal government lost this battle, some states also place their own restrictions on certain types of “don’t-go-to-court” provisions.